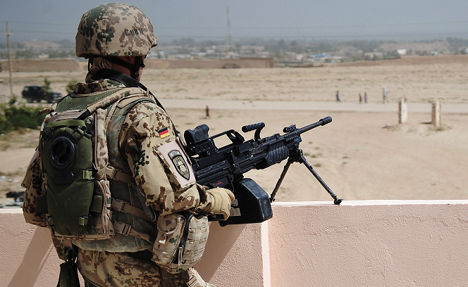 The man, identified only as Michael L. from the central state of Hesse, currently represents Germany in the international forces stationed in Afghanistan, Stern said on Wednesday.

Germans wishing to become soldiers must be in agreement with the country’s basic constitution – something that does not align with radical far-right beliefs. The country’s Military Counter-Intelligence Service (MAD) is responsible for monitoring army member’s beliefs.

MAD failed to pick up on Michael L.’s involvement with the far-right. In 2008, he reportedly applied to become a member of the National Democratic Party (NPD), a neo-Nazi political group.

The party rejected him but he continued attending meetings run by the far-right group Freie Widerstand Kassel. The state intelligence service had been monitoring its activity for years by this point.

Michael L. is, Der Spiegel said on Wednesday, defended himself against the claims and has written a letter to his colleagues stating that he never applied to the NPD for membership.

His wife has refrained from comment, as has the Defence Ministry.

Since the nineties, experts have warned about political extremists joining the army to learn combat skills.