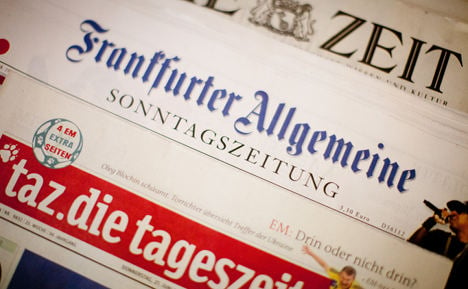 Six other subsidiaries of the holding company DAPD Media Holding would start insolvency proceedings on Thursday, the group said in a statement.

Sources close to the agency said that salaries for September had not been paid and the Federal Labour Agency would pay employees for this month and in October and November.

An administrator has been appointed who will decide the agency’s future by the end of November, the statement added.

“During the ongoing insolvency procedure, the DAPD companies will continue its news production operations. Clients will receive their accustomed service in the same volume and to the quality they are used to,” the firm stressed.

DAPD was formed in 2010 after a merger of the DDP agency and the German service of US news agency Associated Press (AP). Its main competitor on the German market was national news agency Deutsche Presse Agentur (DPA).

The announcement came as a surprise in Germany as the group has said it was expanding.

Last year, it took over the photo agency Sipa, which had itself recently bought AP’s French service, in a bid to compete with Agence France Presse (AFP) on its home market in France.

Sipa deputy head Erik Monjalous told AFP that “other companies are not affected by this procedure. We are continuing our operations and activities” in France.

According to German media, the DAPD management was only informed of the insolvency plans on Sunday.