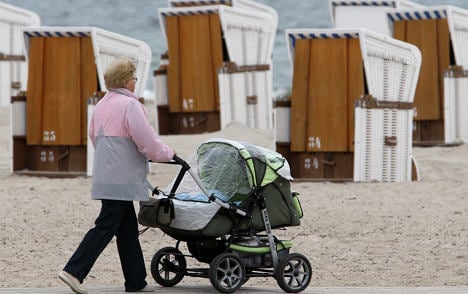 Family Minister Kristina Schröder has been working on plans to give parents more time off when they have a child but now, reports in regional paper the Passauer Neue Presse suggest, working grandparents could also be granted time off.

Grandparents would be able to have time off regardless of how old they were, whether the parents were also on leave or if they lived in the same household, said the Süddeutsche Zeitung newspaper.

They had, Schröder said, a clear role in raising children and their involvement had become an everyday reality.

Unlike new parents, grandparents would probably not be entitled to the same financial benefits but if the law is passed in 2013, they would be legally protected from being sacked for taking time off to lend a hand. It was not clear how long they would be entitled to.

“With the introduction of extended leave for all working grandparents, a family’s room for manoeuvre would be increased,” the draft said.

There are roughly 300,000 working grandparents in Germany, according to the family ministry – around 10 percent of whom it estimates would make use of the changes.