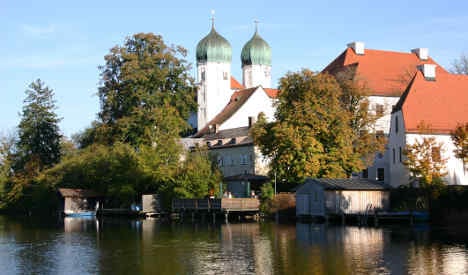 Grzegorz Wieczorek was reciting a prayer when he stopped mid-sentence and collapsed at the altar, the Münchner Merkur newspaper reported on Tuesday. The 47-year-old hit his head on the stone floor of the St. Lambert church at the Seeon Monastery.

Panicked guests ran to try to help him at the front of the church, while organist Andrea Wittmann called an ambulance and found the first-aid kit.

“It was like something out a movie,” she told The Local.

Wittmann, who had worked with Wieczorek at religious ceremonies several times over the past year, noticed that something was not quite right.

“I got the sense that he wasn’t feeling so well,” she said, remarking that he was visibly sweating, even though the weather was not particularly warm.

The bride, from Osnabrück, Lower Saxony and her Italian groom, whom she met at school in Florence, were badly shaken by the pastor’s death.

But since many of the nearly 100 guests had travelled a long way to attend the wedding, the couple decided against rescheduling their union, Münchner Merkur reported.

A local pastor jumped in to marry the couple at a local church a few hours later. The ceremony was preceded by a prayer for the late pastor.