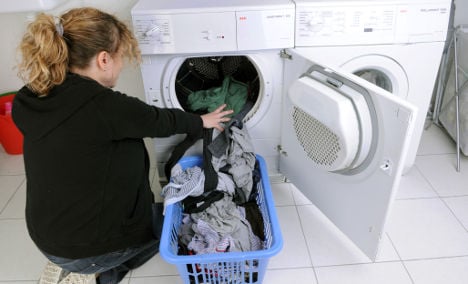 About 70 percent of the women surveyed for the Family Ministry report, said they took care of all the household chores, compared to just 12 percent of men, the Financial Times Deutschland newspaper reported on Tuesday.

More than a third of mothers complained that their partners spent too little time at home. A similar number said they were the ones responsible for taking the children to day care, school and extracurricular activities.

Just 14 percent of the fathers polled in the study said they were the ones busy with chauffeuring the kids around.

More than half of non-working mothers would like to return to the work force, though not necessarily full time. Many men, by contrast, were keen to work less, with about 50 percent of respondents saying it would help to spend fewer hours on the job.

For many families, the problem is the lack of flexibility in the workplace. Nearly 90 percent of respondents want companies to be more family friendly, the taz newspaper said on Tuesday.

“Significantly more than half” of parents surveyed said they wanted firms to set up in-house childcare facilities – since many are sceptical that the government will be able to meet its pledge to guarantee day care for all children between the ages of one and three by August 2013.

The government is planning a controversial child care payment to take the pressure off having to set up the extra child care places. It would give €150 a month to parents who do not send their young children to day care – but has been heavily criticised by those who say it would increase pressure on women to stay at home rather than returning to the workplace.

Parliamentarians were due to put the issue to a vote on October 18, but it was announced on Tuesday that ongoing disagreements between members of Germany’s governing coalition would delay the ballot.