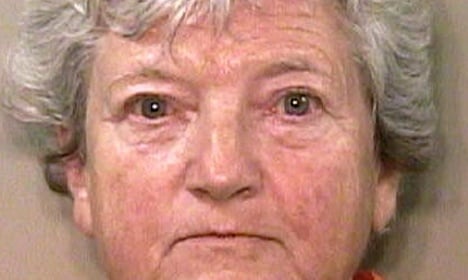 Marianne Bordt, 73, admitted drowning Camden in the bath while he was with on holiday with her and her husband on St George Island, Florida, two years ago. She then tried to kill herself by walking into the ocean.

Her husband, who was out at the time, returned to their holiday home to find the body of the boy and his wife who told him she could not bear to see Camden grow up with divorced parents.

Bordt’s defence had been preparing to plea that she was not responsible for her actions because she had suffered a fractured skull as a girl in Germany during World War II – and had developed severe psychological problems.

A psychoneurologist was expected to tell the Florida judge that she had mental problems dating back to her injury in a bombing raid by Russian forces on her hometown of Breslau on October 7, 1944. This, combined with symptoms of depression and paranoia, contributed to the crime, her defence was going to argue.

But Judge Angela Dempsey at the Apalachicola court accepted on Monday an agreement between the two sides – Bordt confessed to killing the boy for a manslaughter charge, which does not attract the death penalty.

The Süddeutsche Zeitung reported on Tuesday that Bordt was not expected to leave jail until she is 90, as Florida law says that convicts must serve at least 85 percent of their sentence.

The boy’s parents had divorced when he was just one-and-a-half, leaving what his father described as hate and mistrust between the two families.

He said he did not believe his former mother-in-law was suffering from any psychological problem and said he would appeal the verdict as he wanted to see her jailed for 30 years.

“I want to see her punished like no-one has ever been punished,” he said.

“He was scared of the dark and of monsters under his bed, like every child of his age. I told Camden monsters were not real, but I was wrong.”