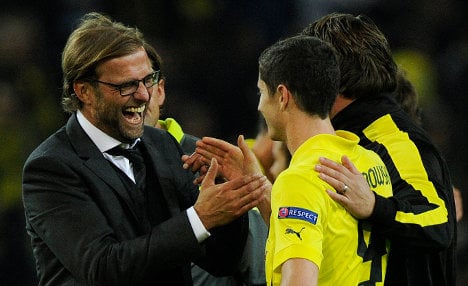 Dortmund came into the Champions League last season as motivated German champs but bowed out with just four points in last place – also missing out on the Europa League.

But Dortmund have grown up since last season and Klopp was happy with his team’s patience against the record Dutch champions in the Group D opening match.

“It was a big challenge to remain patient but not fall asleep. We had to remain calm and believe that we would score. Now we showed that we could get it done and now we can continue our work,” said Klopp, who has plenty of work ahead of him with giants such as Real Madrid and Manchester City in the group.

The Dortmund boss said the development within his team started a while ago and this was just one step in the process.

“If we had played to a scoreless then everyone would have said we continued where we ended last season,” said Klopp.

But Dortmund picked up the three points – despite not everything working as planned.

“There were some things we still need to do. But we did a lot of things really well. I am very satisfied and we just need to continue to do our thing,” said Klopp.

The coach was also impressed with his goal scorer Robert Lewandowski.

“It was a really good goal. With him we always know that we can still score. He had a couple other chances and missed but he kept his nerves,” said Klopp.

Lewandowski, who scored his second goal of the season and his second within four days, added: “It doesn’t matter how it worked, the main thing is that it worked.

“I had a chance shortly before that but missed. But I can’t think about that. A goal is a goal.”

The victory meanwhile leaves Dortmund with a strong mindset as they enter the first difficult part of the season with five competitive matches in the next 19 days.

“This win gives us a lot of confidence for the next few weeks. We know we have a lot of games coming up. But we also know we can win games,” said Marco Reus, who made his Champions League debut against Ajax.

The inclusion of the big off-season addition Reus alongside fellow offensive midfielder Mario Gotze was another step in the development.

“Those two just fit together. And we thought it would be a good chance to try them out together in this game,” said Klopp.

The experiment worked out, and the next step has been taken for Dortmund.