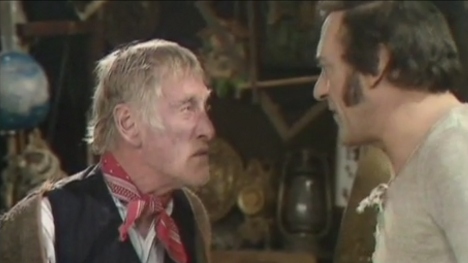 The court in the Bavarian town of Fürstenfeldbruck had fined the man for attempted criminal assault last December. But the 88-year-old filed an appeal against the verdict, which was heard on Monday, the Münchner Merkur newspaper reported.

He vehemently denied the charge, though he admitted to pushing his son with the broom in self-defence – because, he said, his son had tried to strangle him.

The two men shared a house in the village of Maisach, the father living downstairs with his wife, while the son lived with his own wife in a flat above. The two couples quarrelled almost all the time, the court heard.

Judge Michaela Welnhofer twice had to shout “Hallo!” in the courtroom to stop the men arguing with each other and listen to her.

The father had reportedly already cancelled his son’s rental contract, but the 65-year-old had refused to move out, because he did not want to leave his mother, who needed care.

The 88-year-old finally withdrew the appeal and decided to pay the fine.