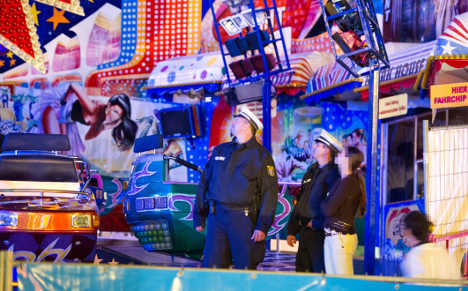 The 12-year-olds were on the “Break Dancers” ride at the Dippemess funfair in Frankfurt on Friday evening when their carriage simply came off the ride, Die Welt newspaper reported.

It skidded along the ground, knocking over and injuring four people, but a police spokesman said everyone was lucky it had not happened while the ride was in mid-air.

The ride was just coming to a halt when it broke, meaning it was not moving at great speed – and the carriage which broke off was on the ground already.

In the ensuing chaos the girls ran off and went home, but later contacted the police to let them know they were uninjured.

An investigation conducted over the weekend came to the preliminary conclusion that a technical defect, not picked up by regular checks, was to blame for the accident.

Further examinations are planned for the coming week.