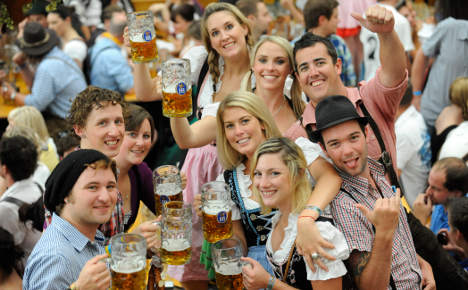 “We’re trying to get a price limit of €7.10 per litre for all drinks,” said campaign initiator Jan-Ulrich Bittlinger, who heads the “Society Against Fraudulent Pouring” (VGBE).

The society aims to collect between 30,000 and 40,000 signatures for a petition by the start of Oktoberfest on September 22. Bittlinger is hoping this will put pressure on the Munich mayor ahead of city elections in 2014.

“Since the market can regulate itself at the Oktoberfest, some order needs to be imposed from the outside,” the campaigner told Die Welt newspaper.

“Whoever thinks that the Oktoberfest even has a hint of fair market conditions, probably believes that North Korea is a democracy.”

“What justification is there for a litre being more than €2 more expensive that in Munich’s most expensive beer garden?” he asked. “It would be possible for the city to impose a limit.”

The city authority’s economic advisor Dieter Reiter said the city had no business imposing a price cap, but that moderate beer prices were important. “I keep an eye on the landlords to make sure their demands aren’t over the top,” he said.

There were regulations in place to prevent exorbitant pricing – if beer at the Oktoberfest were to be double the local average price, that would clearly be too much, he suggested.

Toni Roiderer, spokesman for the Oktoberfest landlords, had nothing but scorn for the initiative. “Why don’t they just ask for free beer for everyone?” he scoffed.

He added that landlords paid millions to run the festival’s immense tents – which can only be refinanced “if we have a huge turnover.”