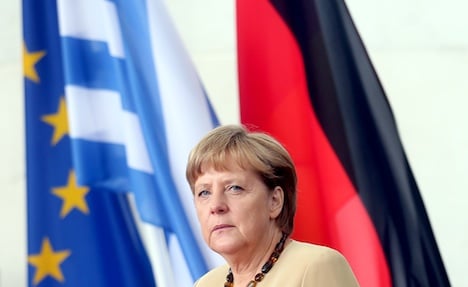 “We must find a solution for Greece,” Merkel told her inner circle, Der Spiegel reported without citing a source.

This happened before the most recent audit mission by the debt-burdened country’s so-called troika of bailout lenders: the European Union, the International Monetary Fund and the European Central Bank.

It said Merkel wanted to avoid handing Athens a third rescue package, given her doubts over being able to get it passed in the German parliament, but added she was willing to adapt the current package by increasing the upcoming tranches and reducing ones further down the road.

Late last month, Merkel offered Greece a ray of hope when she stressed that she wanted the country to stay in the eurozone and pledged German help after crisis talks with Greek Prime Minister Antonis Samaras.