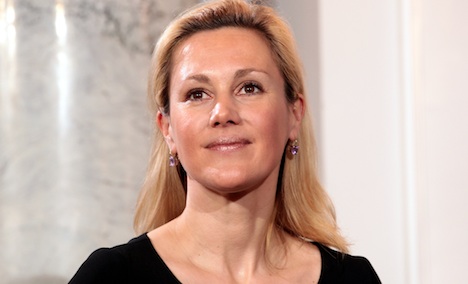 The 38-year-old filed suit against the multinational internet corporation and TV presenter Günther Jauch in a Hamburg court on Friday, the Süddeutsche Zeitung newspaper reported.

Political enemies of her husband within Hannover political circles have been spreading rumours since 2006 that Bettina Wulff once worked in the red-light milieu, in an attempt to damage her husband, according to the Süddeutsche Zeitung.

Her husband was then the Christian Democratic Union, CDU, state premier of Lower Saxony, with influential enemies within his own party and numerous other opponents.

The rumours spread like wildfire on the Internet in the days leading up to his taking the presidential post in 2010, the paper reported, with several news outlets taking them seriously.

Wulff resigned this February after a string of money-related allegations came to light – including that in 2008 while he was Lower Saxony state premier, he failed to declare a soft loan of €500,000 from a prominent regional businessmen.

The Wulffs were married in March 2008, two months before the birth of their son, Linus. Bettina Wulff, who had studied media management in Hannover, worked as a publicist before becoming Germany’s First Lady.

The lawsuit against Google is aimed to prevent the words like “Red Light past” and “Escort,” from coming up in a search under her name.

According to the Süddeutsche Zeitung, Wulff’s attorneys asked Jauch, who now hosts a television program on the ARD network, in May to agree to a cease-and-desist declaration regarding quotes in an article about the alleged rumours. Jauch’s lawyer refused, the paper said.