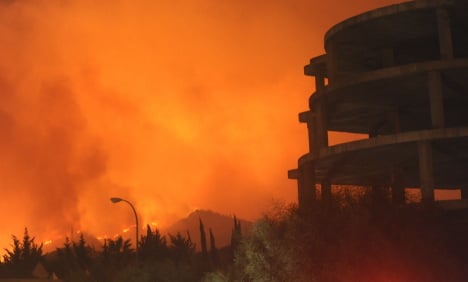 A couple who sustained serious injuries in the fire were also reported to be German.

The man’s charred body was recovered from the remains of a wooden building near the village of Ojén, to the north of Marbella.

An autopsy was to be conducted to establish his identity of the victim. Initially it was believed that the dead man was a 78-year-old Briton who was thought missing.

“There has been some confusion,” said an emergency services spokesman for the Andalusia regional authority. “It was very difficult to identify the body.”

Police had ordered the evacuation of the entire town Ojén because of the fire, but the German apparently returned prematurely to the hillside house, where, according to regional Spanish newspaper Sur, he lived with his dogs.

Police and members of the civil guard launched a search for the man after a friend of his called them and said he had lost sight of the victim during the evacuation.

The body was discovered on Friday morning, beneath a metal roof that appeared to have collapsed on him.

The Sur newspaper also reported that the couple rescued early on Friday morning in the community of El Rosario were German; although earlier reports had indicated they were Spanish. The couple also appeared to have returned home soon after the initial evacuation.

The pair, a 59-year-old woman and a 60-year-old man, needed treatment for second and third degree burns. Both had to be sedated and kept on respirators, with the man transferred to a hospital for serious burns in Seville.

Some 3,000 residents of Ojén had fled along with a number of people in several nearby villages.

Flames had lit up the night sky in the early hours of Friday as a 12-kilometre (seven-mile) line of fire glowed across the Sierra Negra Mountains. Around 400 people – firefighters and emergency military personnel, along with 16 planes and helicopters – had battled through the night to douse the fire.

Spain is at particularly high risk of fires this summer after its driest winter in 70 years. 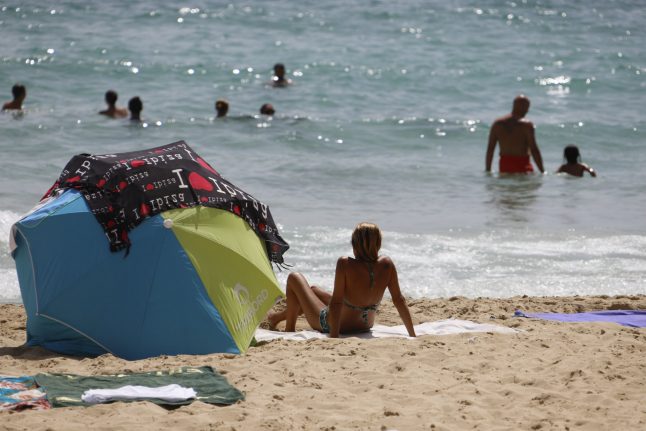