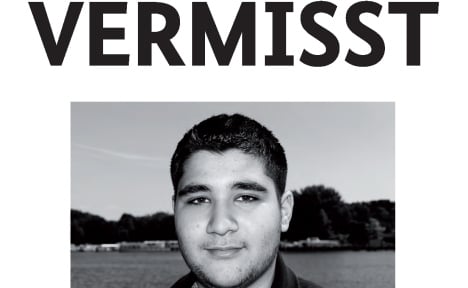 The posters resemble those put up to try to find missing people and show a young person with accompanying messages from people concerned about the subject being a victim of such radicalisation.

“This is our son Ahmad,” says one example, while another mentions Hassan, a third Fatima and the fourth, Tim.

The text talks of missing the subject of the poster; them having become withdrawn and more radical, and the fear of losing them to religious fanatics and terror groups.

Anti-discrimination groups as well as the Green party have also complained that the posters show people who appeared to be Muslims in a profile pose, as though on a wanted poster.

The poster campaign is to publicise a counselling centre that people can turn to if they think people close to them are showing signs of radicalisation.

Interior Minister Hans-Peter Friedrich said he regretted the withdrawal of the groups, saying he hoped they would return to the security partnership with the government.

His spokesman said the minister had been surprised at the criticism, claiming that the organisations who complained had given their approval to the campaign.

Muslim organisations including the Turkish-Islamic Union, the Association of Islamic Cultural Centres and the Islamic Community of Bosniaks joined the Central Council of Muslims in Germany in making their written protest.

They voiced general criticism of the Security Partnership, which was created to help curb religious extremism.

“Again and again, the Security Partnership presents us – as partners working in cooperation – with decisions that have already been made. It stirs up destructive arguments instead of constructive solutions,” they said.

Rhineland-Palatinate’s state integration commissioner Miguel Vicente, criticized the ministry for not abandoning the campaign. Green party co–leader Cem Özdemir said “You should really make a poster saying ‘Missing: One interior minister who can do his job'”.

Özdemir’s party colleague Renate Künast accused the minister of behaving like “a bull in a China shop”.