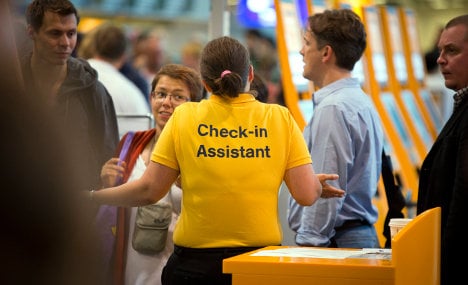 Primarily affected were domestic and European flights, but a small number of long-haul services was also being hit by knock-on effects, a Lufthansa spokesman said.

Cabin staff staged a strike from 5 am until 1 pm on Friday in their fight for higher pay. Their action was expected to hit domestic flights as well as those to cities such as London and Rome.

Around a third of flights leaving Germany’s biggest airport have been affected.

Earlier the union said in a message to staff on its website that Friday would be the “first day when the strike will take effect,” but did not specify times or locations.

Unions had held off from taking strike action while last-ditch wage negotiations were still under way, but with no breakthrough in the deadlocked talks overnight Monday, the UFO labour union declared the negotiations as failed and called for immediate walkouts.

The union is seeking a five percent pay increase for cabin staff for 15 months starting from January this year after three years of zero increases. Lufthansa’s latest office was just 3.5 percent.