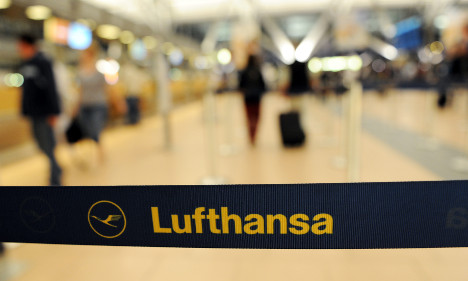 “Friday will be the first day when the strike will take effect,” the UFO labour union said in a message to employees posted on its website that gave no further details.

Lufthansa passengers are likely to be hit with huge delays and even flight cancellations, which could cost the airline millions.

UFO leader Nicoley Baublies said he was deliberately keeping many details secret. “We will certainly not immediately strike at two thirds of all German airports, but we are leaving open whether it will be one, two or three.”

The union will give six hours’ warning – “in the interest of our guests,” he added. This should allow passengers to work out whether to go to the airport for their flights or not.

Lufthansa said it was not surprised. “That is nothing different from what we already know from other strikes,” said the airline’s spokesman Jan Bärwalde. “It is just a shame that it is being carried out on the backs of our passengers.”

He said the airline had an emergency plan already prepared, and could use planes from subsidiary Germanwings to plug any gaps to reduce the effect of the strike.

A UFO statement might offer clues to where may be hit. “Now we want to announce that some might be surprised that the strike will take place in the spot where the responsibility for the current Lufthansa disaster began,” it said.

That could be interpreted to suggest the targets could be Berlin, where Lufthansa first used temporary staff, Frankfurt which is Lufthansa’s main hub, or Cologne where the firm is based.

The union is seeking a 5.0 percent pay increase for cabin staff for 15 months starting from January this year after three years of zero increases.

Lufthansa’s latest offer was for a pay increase of around 3.5 percent.