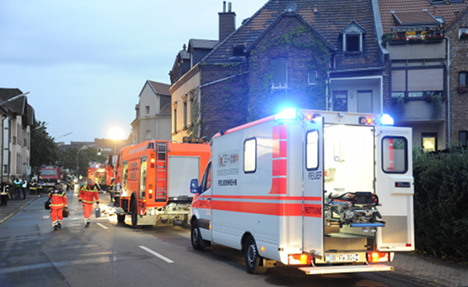 Firemen arrived at the burning house in Saarbrücken in the early hours, after a call from witnesses who had noticed that the top-floor apartment was ablaze.

Initial rescue attempts saw a 27-year-old woman, a 28-year-old man and a baby girl being pulled from the house alive, but the extent of their injuries has not been confirmed.

After extinguishing the blaze firemen entered the building and found the bodies of four young children thought to be three-year-old twin boys and two girls aged five and seven.

What caused the fire remains unknown, a police spokesman said Friday morning. The building, which is in the Burbach area of the city, will be inspected.