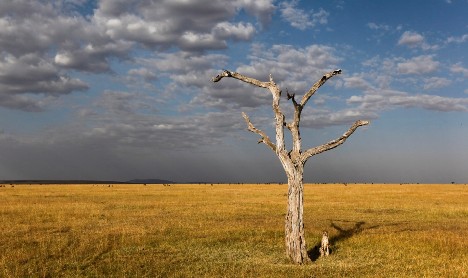 “Four people died on the spot, while three others were seriously wounded,” said local police chief Peterson Maelo. “Those injured have been taken to Nairobi for treatment.”

The plane contained a German family of five, Der Spiegel said on Thursday, as well as four Americans and two Czechs, as well as the two Kenyan pilots.

At least two other members of the family were badly injured, while most of the others were less seriously hurt.

Michael Koikai, a warden with Kenya Wildlife Service, said that the plane had crashed shortly after take-off from the Ngerende airstrip around midday.

Airport director Daniel Chivai said there was a strong wind at the time which may have contributed to the accident.

The Maasai Mara, some 250 kilometres southwest of the capital Nairobi, is one of Kenya’s most popular safari destinations for its currently ongoing annual migration of wildebeest, attracting tens of thousands of tourists to the park.

Many choose to fly into hotels or luxury tented camps landing on simple dirt airstrips, rather than brave the long drive on often poor roads from Nairobi.