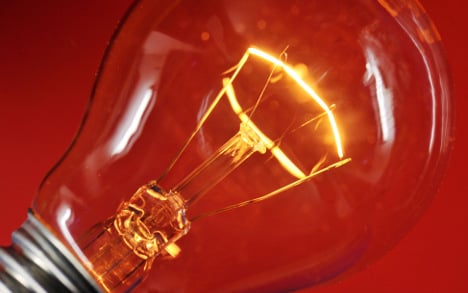 Reports suggest shops are increasingly offering special bulbs which are exempt from the ban – but the European Energy Commissioner Günther Oettinger said checks should be made to ensure these were not being sold for domestic use.

“To be able to sell such bulbs legally, manufacturers must write visibly on the packaging that these bulbs are not meant for the household,” his spokeswoman Marlene Holzner told Die Welt newspaper.

The EU’s ban on old-fashioned energy-guzzling filament bulbs has been phased in one wattage at a time, over the past few years, but the complete ban comes into effect on September 1.

There is an exemption for reinforced bulbs meant for workshops or mines, and Holzner said retailers had to put these in separate, specially designated sections. “It would not be acceptable to put these lamps on the same shelves as LED and energy-saving bulbs for normal households,” she said.

But this is exactly what is happening according to Sunday’s edition of the Tagesspiegel newspaper.

The commission has called on German authorities to carry out in-shop inspections to police the ban.

Germany’s state market surveillance authorities, who would be responsible for these inspections, offered a mixed response to the EU’s request.

Berlin and Brandenburg’s authorities said they would need extra employees, while the North Rhine-Westphalia office said they had not planned any measures to police the light bulb ban so far.