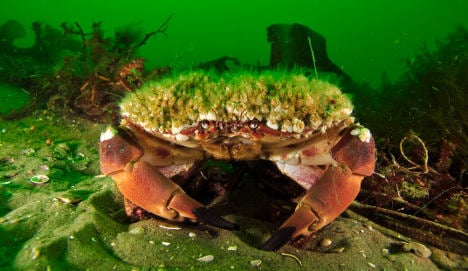 The new “Ocean Health Index” compiled by a team of American scientists and published in the current edition of the journal Nature, gave German seas a score of 73, way above the global average score of 60/100.

The score given to the German Baltic and North Sea coasts was the same as that awarded the Seychelles, islands famous for their glorious beaches.

The US scientists collected data on 171 countries’ national waters – legally defined as the 200-mile stretch of water directly off a nation’s coastline, also known as the exclusive economic zone (EEZ).

Each nation’s treatment of and relationship with the sea was judged in a total of 10 categories and was then given an overall score between 0 and 100 based on the average in all categories.

The stretch of the North and Baltic Seas along Germany’s coastline scored well in 8 out of 10 categories, including coastal protection, water quality, species diversity, but also the contribution of the sea to the economy and local fishing, wrote Die Welt newspaper on Wednesday.

“The water quality in the North and Baltic Seas is much better today than a just few decades ago,” Martin Visbeck, marine scientist at Geomar Helmholtz Centre for Ocean Research in Kiel told the Tagesspiegel on Thursday.

German coastal waters got best marks in the categories of coastal protection, ability to absorb carbon dioxide, and biodiversity. Just five percent of countries were awarded more than 70 points while 32 percent of countries received a score of less than 50, wrote the paper.

The lowest score, 36, was given to Sierra Leone, whereas Jarvis Island – a small uninhabited island in the South Pacific – received the top score of 86.

Industrialised countries such as Canada, Japan and Australia scored better than developing countries, mostly due to better infrastructure and stricter guidelines, wrote Die Welt. However, this does not explain why Germany’s neighbour Poland scored a dismal 42.

“There’s a lot of room for improvement” said Benjamin Halpern, lead scientist of the team from the University of California in Santa Barbara in a video on the project website.

The study is unique in that it is the first of its kind to measure the various uses of the seas by people. “We can’t forget that human beings are a part of all ecosystems today,” said Halpern.