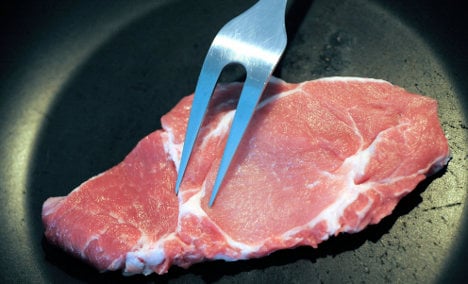 The practice of castrating piglets destined for the dinner plate without anaesthetic has long been criticised as cruel, and a German law due to take effect in 2017, will ban it.

Humane castration is considered prohibitively expensive for farmers producing cheap meat as they would have to pay for a vet to administer the anaesthetic.

This has prompted fears that much of German produced pork will have the ‘boar taint’ signature musky smell when cooked and this could damage the industry, the Berliner Zeitung newspaper reported on Monday.

Boar taint is caused by compounds that accumulate in the fat as male pigs become sexually active, the paper said. Not everyone is equally sensitive to it, but some people complain it has an odour like urine or faeces.

So the agriculture ministry has allotted more than €1.1 million for a three-year project to find alternative methods of producing pork without the offensive taste.

Christian Looft at the Institute for Animal Science at University of Bonn is leading research to try to figure out how to select for pigs which do not have the genes that produce boar taint.

“In the old days we had to wait and examine the animal’s offspring. Now we can look directly at its genetic material and determine which ones are more likely to pass those genes on,” Looft told the Local.

He emphasized he was not talking about genetically modified pork, rather a method of deciding which pigs to use for breeding.

“We are just looking at their genetic material, not changing it,” Looft said.

Boars carrying the variations that lead to boar taint would be excluded from breeding, he said.

The other alternative, Looft explained, was the use of a human pork sniffer—someone who works in the slaughter house, testing cooked meat samples to see if they have the taint.

He said he expected to have developed a workable solution in the next three years—plenty of time before ban on piglet castration ban takes effect in 2017.