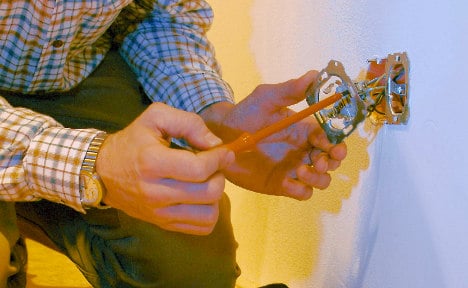 Elke Frenzel asked the electrician to fit new sockets and light switches in her flat in the Haidhausen area of Munich, the Die Welt reported on Friday.

“I am happy to pay for the service that was actually performed,” she told the Münchner Abendzeitung newspaper.

“But more than a euro per metre is absurd.”

She said she paid him part of the fee demanded, but refused to pay the entire amount, saying she had not been told of any travel costs.

But the electrician said she fell into the category of “within 10 kilometres” and had to pay accordingly. After three reminders had failed to result in payment, he sued.

Frenzel said, “I told him I lived just over the way. We never spoke about costs.”

Yet while even the trade guild said that such a short distance should not be charged for, the court in Munich suggested Frenzel pay up – the small print on the job note she signed had included notice of the charge.