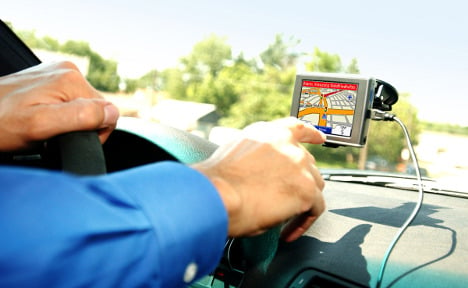 Obediently following his Satnav’s instructions, the 47-year-old turned into a road in the small town of Schmiedefeld in the eastern German state of Thuringia.

Ignoring two warning signs – which unfortunately were placed on the side of the road, rather than in a shiny new leather holder on his dashboard – he crashed straight through a barrier and into some road works.

“He just drove into the site,” a police spokeswoman told The Local. “He said he was looking at his satnav.”

The car was so seriously damaged that it had to be towed. And the man will almost certainly have to foot the bill.

“He’ll have to pay for the damage to the site,” she added. “And I don’t think the insurance will pay. They’ll say it was negligent driving.”