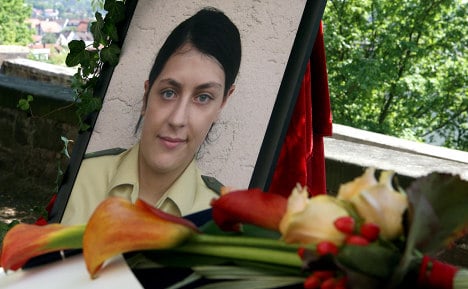 The murders of eight men of Turkish extraction, and one Greek man which the National Socialist Underground gang claimed to be theirs were obviously racially motivated. But investigators have remained mystified as to why the group would kill a white, German policewoman.

Michèle Kiesewetter, a 22-year-old police officer was shot dead and her partner seriously wounded as they ate lunch in their patrol car in Heilbronn in 2007.

Now, Bild newspaper cites intelligence sources saying that her team leader within the police had been a German KKK member, and an investigation has been launched into whether he led the NSU to her.

The paper said on Monday that the police officer, who is still in his job at Heilbronn police force, was a KKK member until at least 2003. He has been interrogated several times but has always denied having anything to do with Kiesewetter’s death, the paper said.

Although there still remains no suggestion of why the neo-Nazis were targeting Kiesewetter, the paper said Uwe Böhnhardt and Uwe Mundlos had been waiting for her for days, not knowing she was visiting her mother.

Yet suspicion was aroused, Bild said, when it emerged that the day she died in her patrol car, Kiesewetter had swapped shifts at the last minute – suggesting that someone with inside information had told her killers she would be working as well as details of where she would be.

The National Socialist Underground gang is accused of the murder of nine men of immigrant background across the country as well as Kiesewetter.

Cornered after a bank robbery went wrong, Mundlos shot dead Böhnhardt and then killed himself in November 2011. Their friend and alleged accomplice Beate Zschäpe is to appear in court later this year.