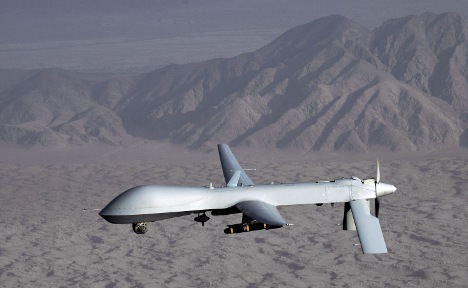 The ministry is “still at the beginning of considerations” about whether to arm the unmanned drones, as has long been called for by the Luftwaffe, a ministry spokesman said.

Armed combat drones are frequently used by US forces in Afghanistan, Pakistan and Yemen to hit terrorist suspect targets in houses or moving cars.

However, their use often leads to civilian casualties and is highly controversial as a result, wrote Der Spiegel magazine on Friday.

But whilst the Bundeswehr sees drones as the weapon of the future, the final decision must rest on the results of a wide public discussion over whether armed drones are necessary for German forces.

The ministry spokesman denied earlier media reports that the drones would be supplied by Israel, saying that the “Heron TP is not up for discussion.”

The Bundeswehr currently uses the unarmed version of the Heron drones and the leasing contract has just been extended until October 2014.

Current discussions, which will see a decision in autumn this year, are focusing the possibility of buying the US drone Predator B.