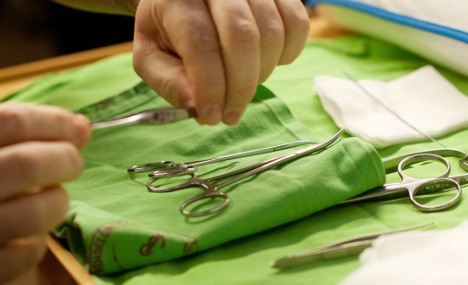 The survey published on Thursday shows 45 percent supported a ban on circumcision, in line with a recent court ruling which said the conducting the operation was inflicting bodily harm.

But 42 percent said they disagreed, telling pollsters from the YouGov firm they thought the ritual carried out by Muslims and Jews on young boys and babies, should be allowed.

Parliament is set to vote for a resolution on Thursday which would call on the government to lay out a law which would explicitly legalise circumcision. It is expected to be supported by all the major parties.

Chancellor Angela Merkel warned early this week that Germany risked becoming a joke if it could not organise its law to enable circumcision.

The resolution will call on the government to legalise, “a medically professional circumcision of boys without unnecessary pain.” The legal rights of the child must be considered, as should their physical integrity, but also freedom of religion and the right of parents to raise their children as they see fit.

The survey also suggested that 83 percent of Germans feel religions should move with the times and not cling to old traditions at all price. Only nine percent of those asked said they did not think modernisation of religious practices were necessary.

Global anger at the Cologne district court’s decision from last month has damaged Germany’s standing in the world, said 33 percent of those questioned, while 55 percent disagreed.