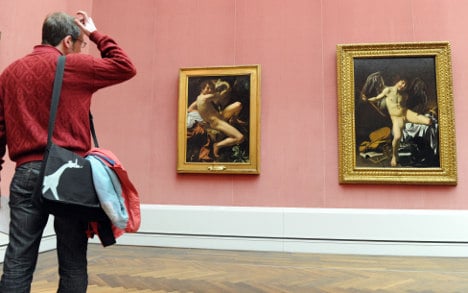 The collection at the Gemäldegalerie museum claims to be one of the world’s finest, and includes masterpieces by artists from every period between the 13th and 18th century. Rembrandt, Raphael, Rubens, Dürer, Holbein, Canaletto and Gainsborough are all well represented.

Although the museum was only built in 1998, and its design is widely regarded as comparable with the Louvre in Paris and Madrid’s Prado, it may soon be the scene of – very careful – packing as the priceless paintings are removed.

The plan is for the old masters to make way for a collection of modern art, with an emphasis on surrealism.

Collectors Heiner and Ulla Pietzsch say they will donate their collection to the city – but only if a place is found for it to be displayed intact. Otherwise they will break it up and sell it, they say.

The museum which is currently home to the old masters might make a logical home for the 20th century collection – it is near the skyscrapers of Potsdamer Platz and next to the New National Gallery which is devoted to modern art.

Berlin’s culture minister Bernd Neumann has pledged €10 million for the work needed to turn it into a home for the modern collection.

Instead, the old masters might be more at home on the Unesco world cultural heritage Museum Island which is heaving with antiquities and classic art – and tourists.

Last year fewer than 300,000 people visited the Gemäldegalerie, while around a million went to the Pergamon museum, which contains classical antiquities.

It is often said that Berliners do not even realize what masterpieces they have in the middle of their city, tucked away behind the Philharmonic building.

Compared with the crowds generally found at the entrances to other great galleries around the world at the weekend, this Sunday there was no queue and visitors were more often than not alone in front of even the more famous paintings.

But 4,500 art historians have already signed a letter of protest against the move, while intellectual weekly newspaper Die Zeit has called for the Gemäldegalerie to be rescued.

For there is no dedicated home for the old masters to go to – the plan so far is to put some in the newly restored Bode Museum which houses an extensive sculpture collection. They would stay there while a new gallery was built on the museum island.

The art historians fear that because the €150 million or so that would needed for this has not been found, the process could take many years – time during which many masterpieces would be in storage, unable to be seen.