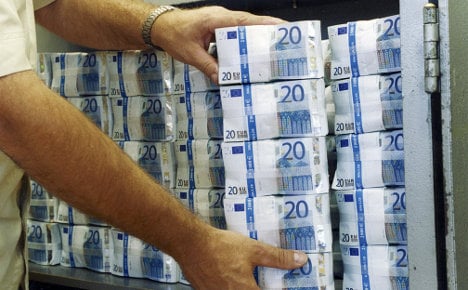 The gaffe was made in a classified document marked “only for official use,” leaked to Friday’s Die Welt newspaper.

The 25-page European Union “Memorandum of Understanding” (MoU) which set out a proposal on Spain’s financial aid package, had been translated from English into German for all 620 MPs, ahead of a special vote in the Bundestag on July 19, during the summer’s recess.

The German translation read, “Spain would need an EFSF loan totalling up to approx. €100 million, covering estimated capital needs plus an additional collateral security margin.” That figure underestimates Spain’s true financial troubles to the tune of €99,900,000,000.

Luckily, the office of parliamentary State Secretary Steffen Kampeter, responsible for the translation, had provided a note with the document warning that “time constraints” meant that “it had not been possible” to check the document before circulating it among MPs.

The document was also expressly not meant to be passed to third parties.