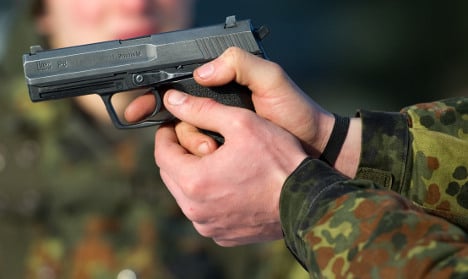 The embarrassing – and painful – accident happened at the open day at a shooting club in the small town of Sallgast in the state of Brandenburg, eastern Germany, the Express newspaper reported.

The club took the ill-fated decision to allow visitors without firearms licenses to try out guns under professional supervision.

One female visitor was handling a gun when it went off in her hand and grazed the toe of a man standing nearby, the Frankfurt (Oder) police said in a statement.

The woman – who did not have a license – also suffered slight burns.