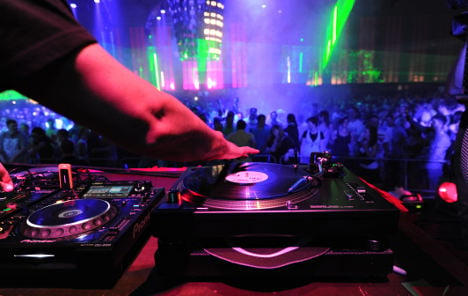 The head of the public-private marketing group Visit Berlin, Burkhard Kieker, said the German capital’s renowned nightlife remained one of its biggest draws and warned against a planned hike in levies on discos.

GEMA, the country’s feared music rights agency which has a reputation in the industry as one of Europe’s most aggressive in collecting royalties, announced in April plans to impose a 10-percent levy on all cover charges for bars and clubs as part of a reworking of its usual fee structure.

The German Hotel and Restaurant Association estimates that GEMA payments will rise as a result by an average of 400 to 600 percent from January 1 and warned that many locations will go out of business.

Kieker said he was not worried about Berlin losing its appeal to ravers from across Europe and around the world, but said club operators may have to get creative like in the years just after the Wall fell.

“One-third of the people who visit us here in the city also come because of the nightlife,” he said.

“GEMA – they are robber barons, driven by lawyers who ask what can we get and then grab it. But if I know Berlin, it will go back to an era like the 1990s when we had a lot of illegal clubs and where the GEMA agent will have to hunt for the door to get into the cellar to find out what music is playing.”

He added: “That’s Berlin – the scene is like quicksilver and if it doesn’t work in one place, it will go to another.”

GEMA argues that the royalties are essential to help artists, labels and publishers in the ailing music industry and calls the levy “fair.”

Last month hundreds of clubs across the country let the decks fall silent for five minutes on a Saturday night to protest GEMA’s plans and a petition campaign has already registered 200,000 signatures.

Berlin’s clubs including Berghain and Watergate have won a world-class reputation among ravers for top DJs, remarkable locations and parties that start late and end well into the next day.

After the Berlin Wall tumbled in 1989, the techno scene had a heyday in the post-industrial spaces of the former communist east and help feed a fascination with a city that has fuelled a lasting tourism boom.

The most popular draws were often in squatted buildings and hopped to a new location as soon as the operators were evicted. But in recent years they have become more established.

Last year Berlin had 22.5 million overnight stays and Kieker said the city expected to rival Paris with its tally of around 30 million by 2018.