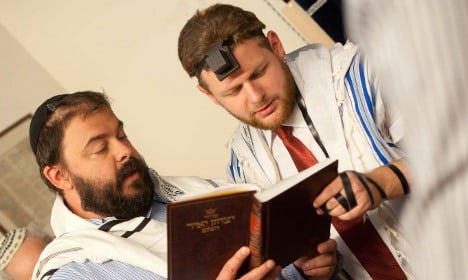 The hospital decided to stop performing the procedures in light of Tuesday’s ruling by the Cologne district court, Kristof Graf, head of the Department for Internal Medicine at the Jewish Hospital told the Tageszeitung newspaper on Saturday.

After consulting with internal and external lawyers on the subject, the hospital decided their doctors could not continue to operate on legally uncertain ground. The hospital performed 300 procedures last year, of which 100 were for non-medical reasons, said Graf.

Meanwhile, both Jewish and Muslim leaders have that male circumcision is a fundamental and ritual part of their faith.

“Circumcision is absolutely fundamental for the Jewish faith and non-negotiable,” head of the Central Council of Jews in Germany Dieter Graumann told Focus magazine on Saturday. If the Cologne Court’s ruling is taken as a precedent then “Germany would be the only country in the world in which circumcision is forbidden,” he added.

Meanwhile Aiman Mazyek, head of the Central Council of Muslims in Germany, told the magazine that his organisation was thinking of taking the question of ritual circumcision before Germany’s highest court.

However, a clear survey conducted on behalf of the magazine found that a majority of Germans (56 percent) support the ruling, with just 35 percent opposing it. German child protection organisations are among those supporting the court’s decision.

“If Germany bans circumcision on religious grounds the nation shouldn’t bother with any further integration policies,” said Tören, who himself is a Muslim. “A ban on circumcision would be the clearest signal to the Muslims in our country that they aren’t part of Germany, that they aren’t even welcome.”