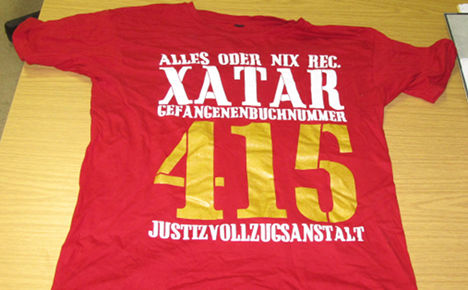 Two men were mugged in Dusseldorf in April by another pair of men. One victim was shot and severely injured, Die Welt newspaper reported on Thursday.

Detectives found video footage of the suspects, one of whom was covering his face with a limited edition gangster-rapper T-shirt. It bore the name of rapper Xatar – currently serving a prison sentence for robbery.

The T-shirt was soon found in a bin, and the hunt was on. Soon police learned that only three such T-shirts had ever been sold in Dusseldorf – and two of the owners could be ruled out.

They swiftly found 25-year-old Marcel S., who turned somewhat less than a gangster, and swiftly confessed, even naming his accomplice.

Police are now hunting him and are offering a reward of €1,500 for information leading to his arrest.