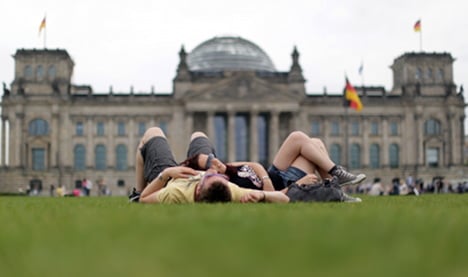 Opinion polling firm YouGov asked Germans whether they thought the best way to keep Germany integrated in Europe was to give more sovereign power to the central EU authorities – but just 28 percent agreed.

And over 60 percent of the 1,037 people asked said that they were worried Germany would be giving away too much of its decision making power if it handed over any more control to the EU.

If such a shift were on the cards, the poll suggested that most people would want a vote on it themselves, and then would the idea down.

More than two thirds – 78 percent – said that they thought that if it went to a national referendum, it would be rejected.

Just 17 percent felt that the decision should be made inside the walls of the Reichstag by the two houses of parliament.

The poll comes after Finance Minister Wolfgang Schäuble said a relinquishing of power to the EU seat in Brussels could be possible in the next few years, in the hope of getting the euro crisis under control.

YouGov carried out the poll between 26 and 28 June, both online and via telephone.