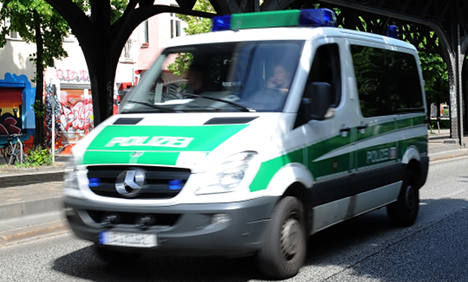 The woman’s husband approached police officers on the beat at the Christopher Street Day parade – an annual gay pride festival – in a panic. “My wife is having a baby but I can’t get through the street blockades,” the 33-year-old told them.

The two policemen ushered the pair into the car and called an ambulance to take them to the nearby Urban hospital, officer Mario Stöcklein told the Tagesspiegel newspaper.

But it was too late and before the ambulance could arrive, the woman’s waters broke and the delivery began almost immediately. “I could tell that the birth was going to happen soon,” said Stöcklein, 47.

Luckily, his first aid training had included the basic skills of how to deliver a baby and although “it was a quarter of a century ago… somehow I knew what I had to do.”

The two officers successfully delivered baby Yaren Yakut, but not without a struggle to convince the woman to let them help her. Stöcklein told the paper that she was ashamed and took some cajoling to let the pair take her trousers off.

The new family were taken to the hospital, where doctors declared both mother and baby healthy. Stöcklein has since been to visit to see the newborn.