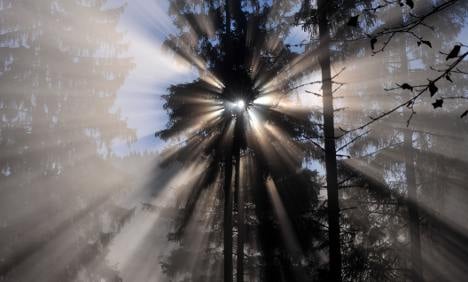 The 86-year-old’s family in Ühlingen-Birkendorf just north of the Swiss border, reported her missing on Tuesday after she missed a number of appointments. By Tuesday evening volunteers from the small town were checking car parks for her vehicle.

But while relatives were growing increasingly worried for her safety, the woman was stuck in her overturned car, hidden from the road by bushes and trees.

A woodsman saw the car by chance on Thursday afternoon. Luckily, he checked to see if there was anyone inside and found the woman.

“She was stuck in her seatbelt and was not responsive,” a police spokesman said, wrote the Die Welt newspaper on Friday.

The woman was also suffering from hypothermia and is now recovering in hospital. “She was in a bad way,” the spokesman said.

It was not immediately clear how long she had been trapped in her overturned car, but police are sure she was there for at least a full day and night.