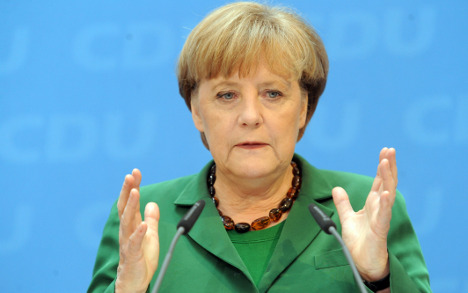 The main opposition Social Democratic Party (SPD) swore in another state premier in the northern state of Schleswig-Holstein, just after taking control in the country’s biggest state North Rhine-Westphalia.

SPD politician Torsten Albig just scraped into the top job in Schleswig-Holstein on Tuesday after winning 37 of 69 votes in the state parliament.

His governing coalition, made up of the SPD, the Greens, and the SSW – which represents Schleswig-Holstein’s Danish community – has a one-seat majority in the parliament.

He was only able to take the position after a month of intricate coalition negotiations after the May 6 election. That left the CDU the biggest party, with 30.8 percent of the vote, but only a whisker ahead of the SPD, on 30.4 percent.

A poor performance by the CDU’s preferred coalition partner, the Free Democratic Party (FDP), left the SPD with the initiative to build a government.

Also on Tuesday the SPD and the Greens successfully negotiated a new coalition agreement in North Rhine-Westphalia.

Hannelore Kraft, who successfully tightened her grip on the post of state premier in Germany’s most populous state in last month’s election, presented the agreement alongside the head of the local Green Party Sylvia Löhrmann.

Merkel’s governing CDU-FDP coalition now only controls four of Germany’s 16 state governments, and only 25 of the 69 votes in Germany’s upper house of parliament, the Bundesrat.