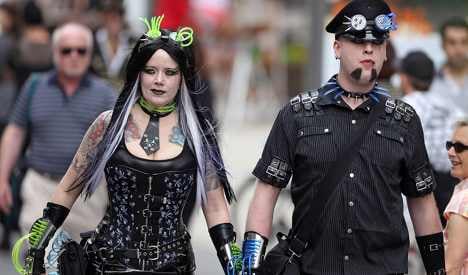 Goths from Iceland, Venezuela, Mexico, Russia and Australia were among the some 20,000 participants attending the gathering, organisers said. The four-day festival ends on Monday and includes more than 200 bands and DJs.

And if putting chalk on your face and black on your eyes isn’t your thing, opera singer Montserrat Caballé was also part of the program.

One highlight of the event is the “Obsession Bizarre Fetish” festival within the festival. Only those 18 and over can participate in these events, which have a worldwide following.