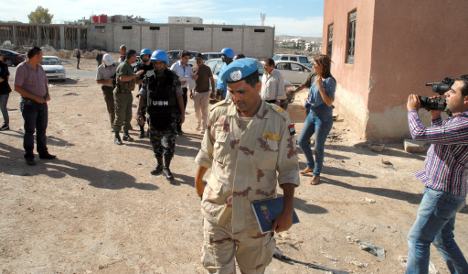 “I am shocked and horrified by the news that dozens of civilians, including many children, were killed in attacks by the security forces of the Assad regime,” Guido Westerwelle said in a statement.

United Nations monitors in Syria have counted more than 92 bodies in the town of central town of Houla, including those of 32 children.

“It is appalling that the Syrian regime does not put an end to the brutal violence against its own people,” Westerwelle said in a statement. “Those responsible for this crime must be punished.”

President Bashar al-Assad’s forces reportedly began shelling Houla on Friday, in one of the bloodiest episodes since his regime began a crackdown on opposition protesters in March last year.