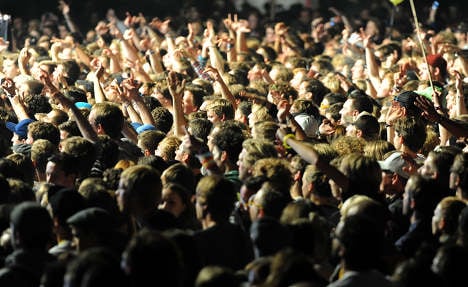 “Germany is an island of bliss when it comes to festivals,” said Michael Russ, the president of the German Concert Management Association. “You don’t find the variety and spectrum anywhere else in Europe,” he said.

And there is strong demand in Germany for music festivals of all kinds. One example: The “Rock on the Ring” festival in Nürnberg, opening in early June, sold out weeks ago, he said. Every year hundreds of thousands of people in Germany make a pilgrammage to campgrounds in front of concert stages to hear music for days on end.

But industry experts avoid calling the situation a boom, noting that it is harder and harder to put on a music festival and the growth areas are in cities and in niche markets, like indie or electronic music.

There is a danger, though, for artists of a proliferation of music festivals. “When I introduce an artist to an open air festival then he is not so interesting next year for an indoor concert,” Ross said.

Experts warn that not all festivals bring in a lot of money, but the big ones do. The sold-out “Rock on the Ring” festival is drawing 160,000 fans who each paid €170 for the event.