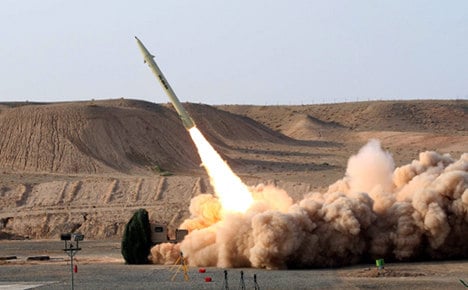 The decision was made by 28 of the world’s most powerful leaders at the NATO summit in Chicago. It should be up and running before 2020 and protect Europe from missiles fired up to 3,000 kilometres away – roughly where Iran is.

Initially a US warship carrying missiles will be installed near Turkey in the Mediterranean, followed by an early-warning radar system at the US air base in Ramstein. Further bases are planned for Spain, Romania and Poland.

“Missile defence is indispensable. We are faced with real missile threats,” NATO Secretary General Anders Fogh Rasmussen said on the eve of the summit.

“Against a real threat we need a real defence,” he said, adding that 30 states are known to either have or seek ballistic missile technology.

The decision was not greeted warmly by Russia though, as Moscow fears the system could neutralise its own nuclear shield. The country’s government quickly called for joint control over the system and for NATO to sign a legally-binding guarantee that it is not aimed at Russia.

But NATO rejected both demands, insisting on keeping two separate systems and refusing to sign a legally-binding document.

“This is not a project targeted against Russia, but a project we want to push forward with Russia in the interest of Europe’s security,” said German Foreign Minister Guido Westerwelle. “And therefore the door for Russia will stay open.”

The United States has tested missile defence technology for years but analysts have questioned whether the shield is a full-proof defence against incoming rockets from rogue states.