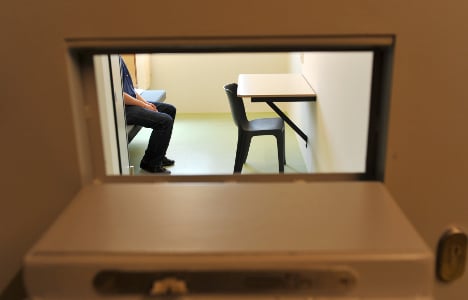 The four men have been in a Freiburg prison since the 1970s and 1980s, when they were sentenced to between five and 15 years. After their sentences ran out, they were kept in prison under preventative detention, which was originally limited to a maximum of ten years.

But in 1998, Chancellor Gerhard Schröder’s government removed the cap on preventative custody for serious violent crimes, which meant that criminals could be held indefinitely if they were still considered a threat to society.

This meant that the four in question, deemed still dangerous, were kept in prison for between another eight to 12 years.

The German constitutional court adopted the ECHR’s ruling last May, clearing the path for the four rapists to sue the state of Baden-Württemberg.

They had claimed damages of €25 for each day of their wrongful detention, amounting to more than €400,000, but the regional court in Karlsruhe awarded them €500 per month – or up to €73,000 each – in line with similar ECHR cases in the past.

It is the first time that convicted criminals have been awarded damages for being kept in preventative custody for too long.

Legal expert Thomas Ullenbruch told the Süddeutsche Zeitung he thought the ruling was “risky,” and that there were at least a hundred similar cases in Germany which could be affected by this precedent.