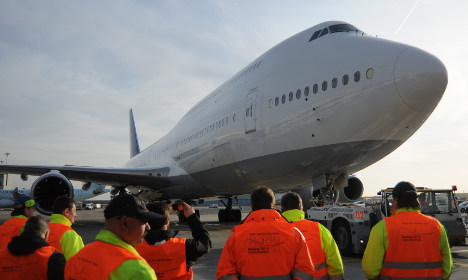 Lufthansa will not buy any more planes for the next three years, will cancel some routes and do away with first class tickets on many long-haul flights according to a newspaper report.

“Our return has been constantly sinking over the past years,” wrote Carstan Spohr, director of passenger flights, in a letter to employees in which he outlined the plans, seen by the Süddeutsche Zeitung newspaper.

Lufthansa is struggling against competition from budget airlines the paper reported on Saturday. Part of the plan will see the airline merge together with its budget subsidiary German Wings outside of the hubs of Frankfurt and Munich.

“In 2011 we only gained one percent of our turnover as profit. That this margin is not sufficient in an investment-intensive branch such as the airline industry doesn’t require any further explanation,” wrote Spohr.

Unprofitable flight routes will be cancelled and first class tickets will no longer be sold for many long-haul flights, confirmed a spokesman on Saturday.

The airline, which employs around 65,000 Germans, has not ruled out staff redundancies, although the spokesman said plans have not yet been finalised.