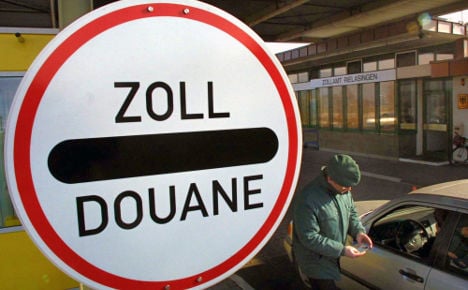 Critics say the proposal to radically reform the Schengen agreement – which abolished frontier controls in 1995 – would be a retrograde step for Europe. Under the agreement immigrants to Europe are allowed to move freely between states once inside the Schengen area without having to show identification.

“A Europe without border installations and tollgates was the dream of all those who began the European unification process,” German Foreign Minister Guido Westerwelle told Focus magazine on Saturday. “We can’t jeopardize that now and especially not for small, tactical electoral gains.”

In a joint letter sent this week to the European Union’s Danish chair, French and German Interior Ministers Claude Guéant and Hans-Peter Friedrich said that where governments within the area fail to meet obligations to manage external frontiers partners should have “the possibility, as a last resort, to reintroduce internal frontiers for a period not greater than 30 days.”

Head of the German police union GdP told the Hamburger Abendblatt on Saturday he doubts this would be workable, as after the Schengen agreement came into force a large number of Germany’s 10,000 border officials were deployed elsewhere.

But the proposal probably won’t get that far as it seems unlikely that it will find support on a European level.

President of the EU Parliament Martin Schluz has rejected the idea, which would see member states clawing back some control over their own borders.

“The community law of the union can’t be annulled by a bilateral announcement of two Interior Ministers,” he told the Passauer Neuen Presse on Saturday.

Schultz told the paper the “strange” proposal would not find majority support in the EU Council or in the EU Parliament.