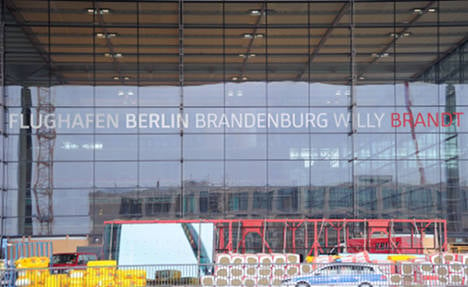 The move will be even bigger and more complex than the 1999 move of the German government from Bonn to Berlin, organisers say.

At least 2,800 truck journeys will have to be made from the old airports to the new one before June 3, when the Berlin Brandenburg Willy Brandt airport will open its check-in desks for the first flights.

What has started this week with potted plants and stationary will culminate in one huge “night of nights” between June 2 and 3, when more than 600 truck-loads of crucial gear and a fleet of 60-tonne plane transporters will be shifted to the new airport in one night.

Tegel airport, in the north of the city, will shut in the next few weeks. Schönefeld, in the south east, will be fusing with Brandenburg.

“It is the first time that two airports will move overnight,” said spokesman for the €2.5 billion new airport, Leif Erichsen.

Schönefeld will continue running alongside the new airport, which will become the third largest in the country behind Frankfurt and Munich.

Officials have acknowledged the risks of such a move, Erichsen said, referring to the opening of a new terminal at London Heathrow that left thousands of irate travellers without baggage.

And with the attitude that “an airport is a little city,” airport officials are hoping that under the guidance of experts summoned from Munich who have advised on airport mergers worldwide, everything will go smoothly.

“Our aim is try to minimise areas where logistics might go awry,” said Erichsen. But he admitted “something will still go wrong.”

The “night of nights,” will see large sections of motorway closed across the city to allow trucks to roll through with the last vital pieces of the new airport.

Around 40,000 jobs are expected to be created through the opening of the new airport, which officials hope will become a global gateway to Europe.