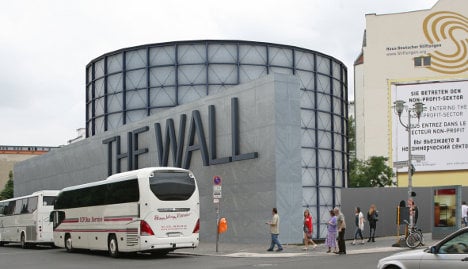 Asisi’s spokesman announced on Wednesday that the new panorama would be open in time for the summer tourist trade in the German capital. The picture will be set inside a 16-metre high, free-standing metal rotunda, not unlike a mini gasometer – a resemblance that gives the planned structure its name: the “Panometer.”

Check out our spectacular photo gallery of Asisi’s works!

The image will show a view of the Berlin Wall as it was in the Kreuzberg district of Berlin. “We will see children playing by the wall next to a graffiti artist or a drunk at a colourful Currywurst stand,” Asisi said in a report in Thursday’s Berliner Zeitung newspaper.

“We will be able to see into open windows to flats in the East and in the West, where people go about their daily lives – watching TV, having parties, or reading the paper,” he added.

Visitors will view the picture from a four-metre-high platform inside the Panometer.

Regular Berlin visitors will know this is not Asisi’s first work in Berlin. He erected a similar rotunda in the courtyard of the city’s Pergamon museum last year, which shows a vision of the ancient Greek city of Pergamon.

He has also created panoramas of the Amazon rainforest and a vision of the Himalayas, which is currently on display in Leipzig.