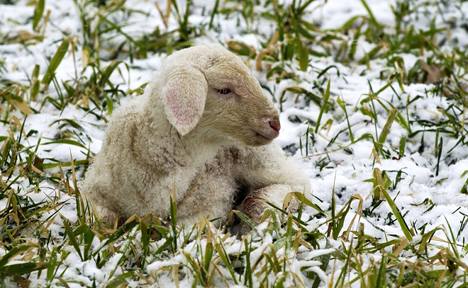 “The south will be the losers and the north the winners over the holiday,” said DWD meteorologist Marcus Beyer. “Everywhere else will be getting a mix of good and bad weather.”

Grey skies will cover the south of country by Thursday afternoon, while in the north it is forecast to be cool and clear. Temperatures will rest at around six degrees Celsius along the coastline and 15 degrees in the Bavarian Alps.

During the night, clouds in the south will creep up towards the centre of the country bringing widespread rain. In clear areas, temperatures could drop as low as minus five degrees – meaning that Germany could wake up to frost on Good Friday. In cloudy areas, temperatures should range from one to seven degrees.

Friday will begin gloomily in the south east but become crisp and clear in most other parts of the country. Highs of 10 degrees Celsius are predicted for the northern states while those in the south should enjoy temperatures of up to 14 degrees.

But as Friday night crawls on, cloud cover will thicken over Germany’s central and northern states, bringing buckets of rain and the possibility of snow, especially for anywhere more than 400 metres above sea-level.

By Saturday morning, rain and snow will have moved to the south, leaving the north and north west with a clearer, but cool, day.

“Easter Sunday is shaping up to be unpredictable,” said Beyer. “We do know that the only sunny part of the country will be the north east.”

Everywhere else will be threatened by rain and sleet, which will continue into the night, he said. But by Easter Monday, “there will be more blue than grey,” although a new weather front coming in makes a detailed prediction difficult.