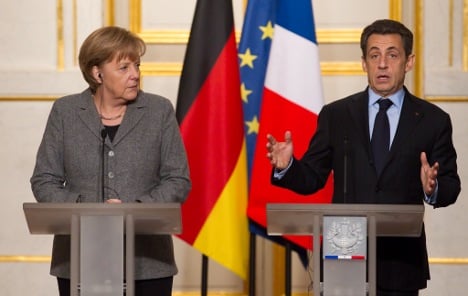 “I have said … that I am supporting French President Nicolas Sarkozy to become the next French president,” she told reporters when asked if she was annoyed.

She continued that “in whatever form the support is wanted” it would be offered, and added: “To be honest, we have things to do here at home.”

Merkel said she and the French leader, a fellow conservative, had worked well together and pointed out that the leader of Germany’s main opposition Social Democrats was also backing Sarkozy’s socialist rival, Francois Hollande.

“It is quite normal in Europe that one supports each other within the (same) political family,” Merkel said.

Sarkozy said earlier this month that Merkel would visit France “at some point or another” but would not attend any campaign events “because an election campaign is the French people’s business.”

Reports that she would join him on the campaign trail sparked accusations of foreign interference.