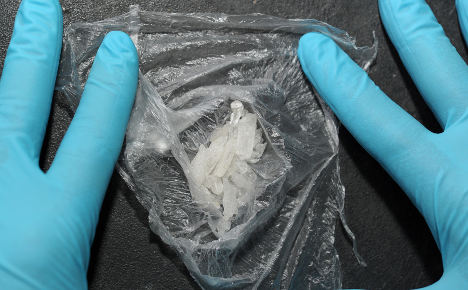 While Jörg Zierke. president of Germany’s federal police (BKA), highlighted the dangers of crystal meth, he also called for tougher measures to be taken against cannabis and hashish users.

Indoor cultivation of cannabis had led to very strong strains, he argued. “Thus the talk of ‘soft’ drugs is wrong,” he said on Monday.

What data there is also point to an increase in people trying “hard” drugs, the government’s drug commissioner Mechthild Dyckmans added.

The number of drug-related deaths was down to 986 in 2011, a level not seen since 1988. She said the reduction was due to successful methadone programmes to replace heroin, as well as needle exchange schemes and other medical and social aid programmes for addicts.

Most of those who died were older than 30, while 85 percent were men. Dyckmans said the reduction in drug victims among people younger than 20 was particularly significant, with 79 percent fewer dying in 2011 than a decade ago.

But Zierke warned against complacency, since his officers had registered contact with more than 21,000 people trying “hard” drugs for the first time in 2011, an increase of 14 percent.

There was a sharp increase in crystal meth users, with the number of reported cases rising by all of 164 percent to 1,693, Zierke reported.