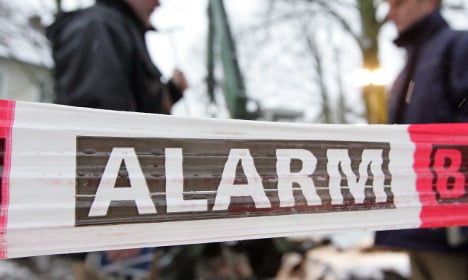 Convar Deutschland thought they had cooked up an exciting way to attract new clients, when they began gluing hard drives to alarm clocks and sending them to companies with a note reading, “Your time is running out.”

They sent out a total of 40 “time bombs” to businesses, shops, a handful of embassies and even the offices of a newspaper group.

But instead of drumming up custom, the stunt caused mayhem as terrified recipients called the police and prompted building evacuations, Berlin paper Tagesspiegel reported on Friday.

In what was perhaps an overestimation on Convar’s behalf about how well known they were, the Rhineland-Palatinate company thought that the idea would be perfect for promoting their speciality – data recovery.

They hadn’t reckoned with panic that ensued, which saw police units being called to suspected letter bombs in cities across the country including Bonn, Berlin and Frankfurt on Thursday afternoon.

The offices of regional paper Express were evacuated in Bonn, leaving 230 employees standing around on the street while bomb disposal experts examined the parcel.

“To raise awareness of the dangers of losing data, we sent a comic-book style alarm clock to symbolise the fact that time is running out on data safety,” the company said in a statement.

“At absolutely no point did we mean to threaten, or injure, anyone.”

And although no one was hurt, Convar may end up incurring damages, as police are currently deciding whether the company should reimburse them for wasting their time.