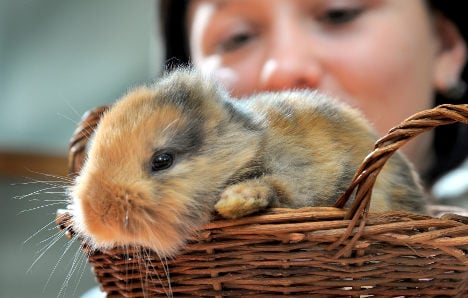 The no-eared bunny of Limbach-Oberfrohna Tierpark in Saxony was being groomed for stardom, with the zoo hoping he would hop in the paw-steps of Berlin’s Knut polar bear and Leipzig’s crossed-eyed opossum Heidi.

The zoo’s management had decided to ask actor Til Schweiger – famous for popular 2007 romcom “Rabbit Without Ears,” as well as Quentin Tarentino’s “Inglourious Basterds” – to adopt the bunny and officially name it Til in the next few days.

But the three-week-old rabbit’s dreams of Hollywood ended abruptly on the first day of shooting. During a press event in the animal’s six-square-metre pen, the unfortunate cameraman took one backward step too many.

Zoo director Uwe Dempewolf, who was visibly horrified after the accident, said, “I’m completely floored and miserable. Just when interest was running high about whether we can officially call him Til.”

“We were really looking forward to presenting the little guy and watching him grow up here,” the 53-year-old added.

Dempewolf also refused to blame the cameraman, who he said was more shocked and appalled than anyone. “It was a tragic accident,” the director said.

The rabbit, like James Dean, a star dead before his time, has now been frozen and may be stuffed and put on display.

Little Til-to-be had been living in a special private enclosure with his mother and five brothers and sisters. He had established himself as the keepers’ favourite, and several requests had come in about when he would finally be put on show to the public.

It remains unclear why he had no ears. Experts say it could be the result of a genetic defect.

“But it could also be that his mother chewed the rabbit’s ears off,” speculated Michael Rockstroh, chairman of the local state rabbit breeding society. After the birth, rabbit mums like to lick their babies clean. “If she bites too much, then the thin membrane can be injured.”

Either way, it seems clear that the unfortunate fellow did not hear the cameraman coming.